After a few days spent in Mbour in a hotel directly on the beach we started our adventure again, this time to visit the capital of the country: Dakar and the Goree Island . 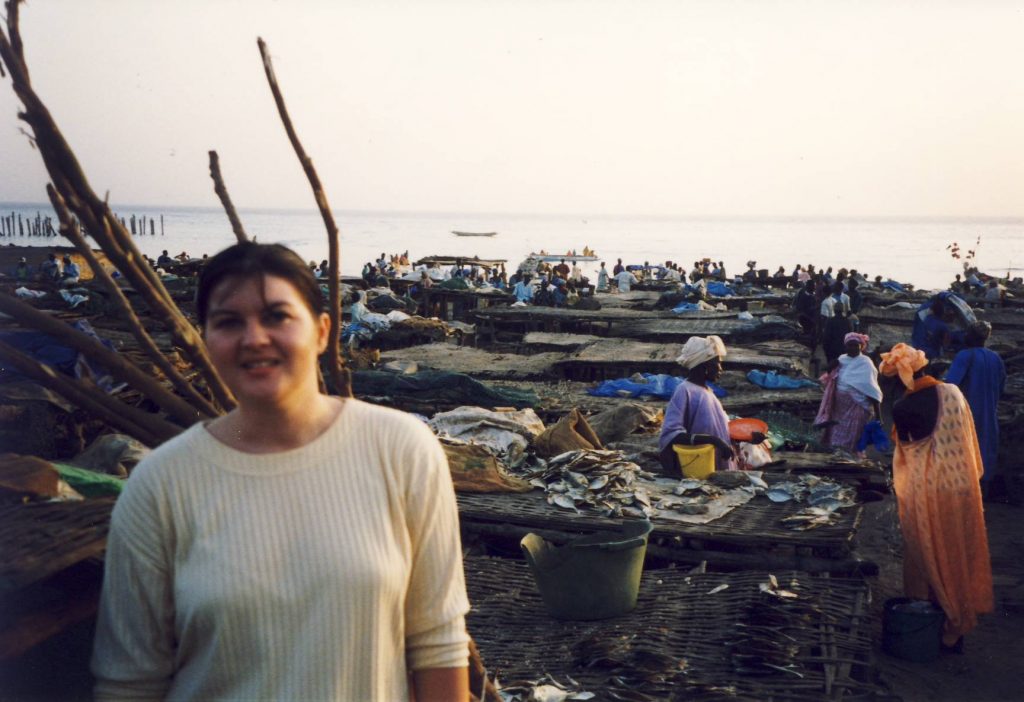 How much I paid for the taxi that tooks us to the hotel, I can not remember anymore, but I remember how hard it was to go there. Dakar is a city with at least 2, 5 million inhabitants – and this is only an estimated number because how many inhabitants really live in all the suburbs of this city is not sure. I remember very well the clutter on the dusty, dusty, noise and screaming of the donkeys that are still the main transport in the city as well the smell of sun-dried faeces and garbage at the edge of the street.

The hotel had been a recommendation by the Mbour professor as one of the comfortable and inexpensive hotels. You have to know that in Africa the comfort has a totally different definition. Here if you have a roof above your head, electricity and perhaps even tap water is already luxurious. And the prices are extremely high – for a single room you pay around 100 dollars. I had planned to stay in the city for at least 3 days, but after the trip to the hotel and after seeing the room I decided to leave this city as soon as possible. After we checked in we went to visit the city center – if I could call it that – where there were several buildings of some international firms and banks.

We are looking for post when climbing the stairs my husband draws attention:

Do not look left!

Why? I wonder when I turn my curious look back, hearing too late …because you will see two beggars … sick of leprosy!

After that I noticed that the whole market was full of beggars who had their disabilities asking for some Food or Little money passers-by. Many of them who had been infected with poliomyelitis in childhood were pulling their paralyzed feet. But nobody cares about it.

I instinctively carry my hand to my shoulder to be aware that the scar of the vaccine received in childhood was still there. 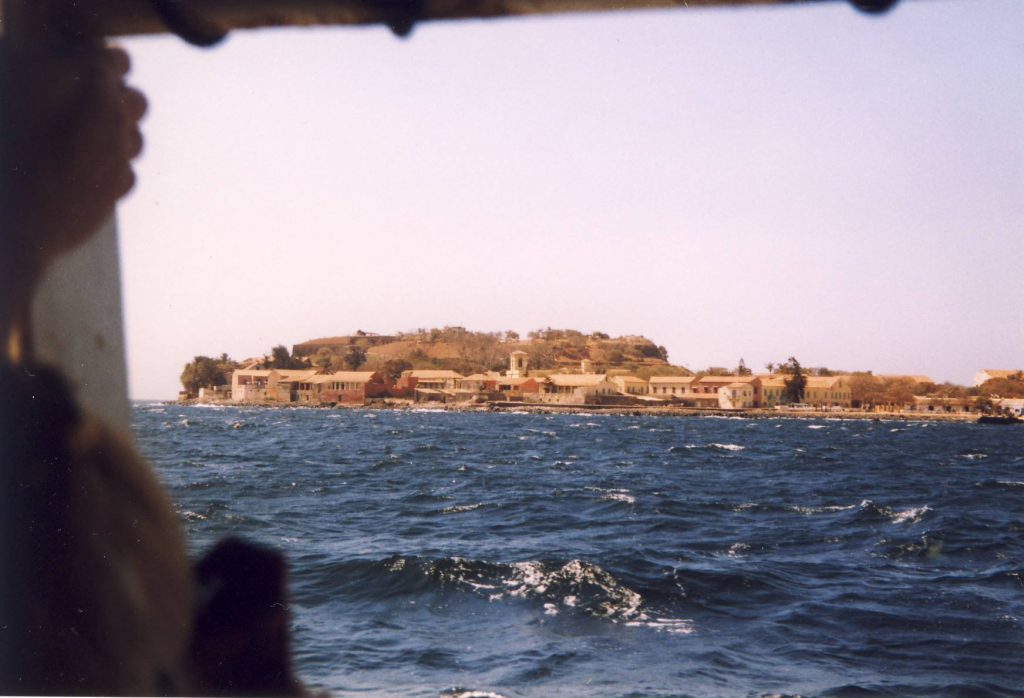 The next day we travel by ferry to Goree Island, which is part of UNESCO’s national heritage. The island is totally a museum with a very unpalatable reputation. From here, most of the slaves of Africa had been sent. Here, on this island, there had been locked shuts or chairs for months, waiting for oversea transport to the new world. Going through the “gate without turning”, many of them could not get their feet on American soil (up to 40% died on the road) and survivors arrived in Charleston and then sold as slaves to the largest slave market of Americans . (read if you want the review about Charleston).

The Slave Museum hosts many, many exhibits, pictures and detailed descriptions of the ships and transport conditions. For example, male slaves were chained together by two, but the other way, that is to say, the leg’s hand so that they could not escape. 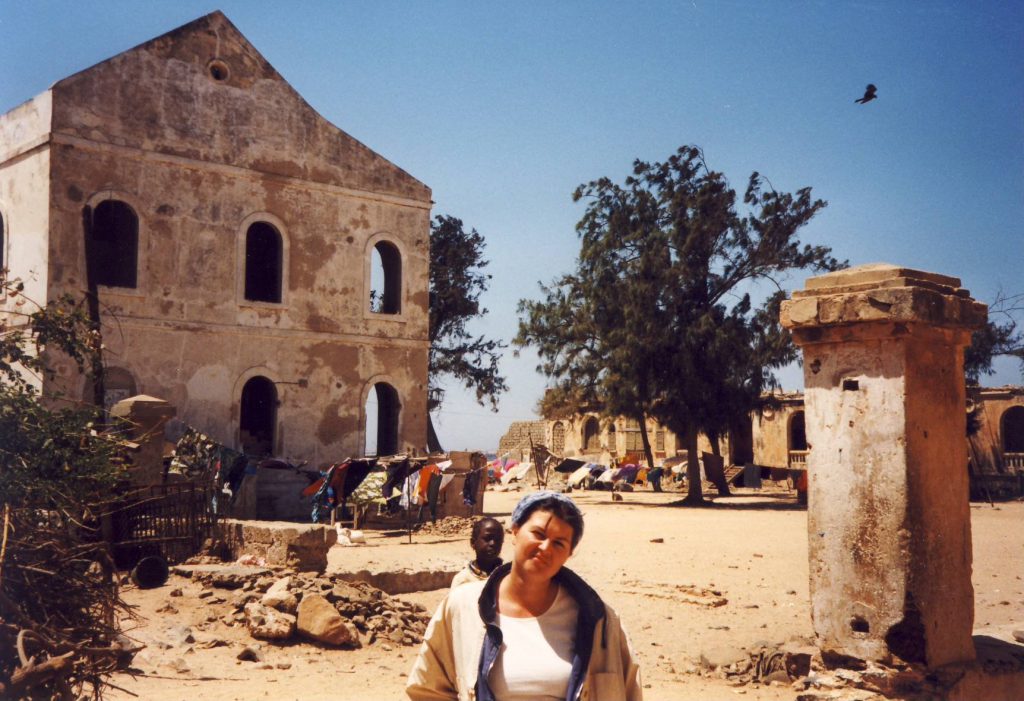 The island is full of former colonial buildings now drifting, without current, without drinking water in which tousi hosts dozens of families with children and animals in inhuman hygienic conditions.

On the way back from the island, still shaken by the pictures and the atmosphere that we last behind us, we were the spectators of a scene that will remain forever in my memory.

We even went out of a bakery where we bought some French croissants when not far from us suddenly stops a car and a girl about 12-15 years old leaves the car and runs away crying in the big mouth. On the other side, an elderly man (white) and a very tall man descends: “arrête la, arrête la” … The situation is very clear – the girl was fleeing asking for help to the passengers … but instead of helping her catch her I drive her back, she had struggled and gathered in the meantime as a snake. The man takes her in the reception and holds her hand firmly on her face, forcing her to get back into the car again.

We remain impassive and we do not know how to react, to which the man seeing us warns us with a very aggressive tone: It’s not your bussines!

Slavery is still practicing in Africa …

We left the city, the country and West Africa after a few days trying to forget and especially to ignore what we saw and felt like all those who do not want to know the truth about Africa …