I rarely write a review about a hotel, and that’s because I do not go on vacation just to be in a place, but only in a spring. Here in Fuerteventura I have to do it!

A hotel for me is not the purpose of the trip but just a “necessity” that is why at the beginning of my life I choose the hotels by location and price and not by stars. And so we were only there for a few hours, and we spent them almost always after a day full of impressions, dressed in the yury of the streets and the visited places, sleeping almost in a coma.

That’s why at first when I entered a room I was not interested in either the minibar or TV, sometimes even the view from the balcony (I accept the chair and rooms without a balcony!) But I was lying on the bed to decide whether or not to accept that room . Whenever I did not give up a wonderful room perfectly located and at a great price because the bed was too hard or too soft. A good sleep for restoring the body and preparing for a tiring new day was much more important!

But in the meantime I got older … and as we advanced in years, the stars from our hotels started climbing. If at the age of 20 I barely dared to approach the two-star hotels and at the age of 30 I was happy with the three, the ehei, forty are four irreplaceable stars … and the closer I get to 50, the more I’m luring the 5-star hotels. I know that the bed at such a quality hotel should not be tried before. And here in Fuerteventura, we would experience a 5 star hotel GL … grande lux. “Altlantis Bahia Real”

We arrived on Fuerteventura Island by ferryboat coming from Lanzarote and the first impression was o … an island of beaches and sand dunes. Lanzarote find an island with few fine sand beaches, most of them black, yellowish or gravelly, I did not expect just a few miles away from an island with such wonderful beaches! The water of the sea looked much clearer and almost caraway, and the Corralejo sand dunes were in the distance. 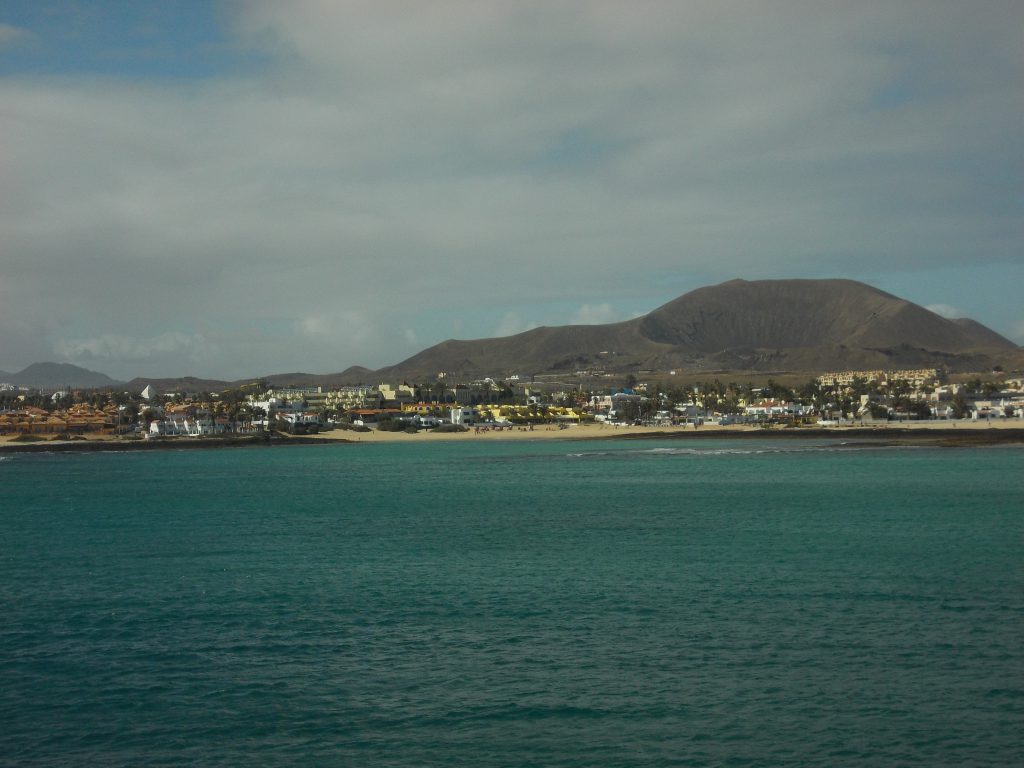 The Corralejo town in the north of the island is one of the island’s authentic settlements with intortocheat streets, white houses and several cafés and beer where locals gather at the tactile. The masses of tourists will find them in the southern and eastern areas of the island where the artificial resorts were built for them. But I always try to avoid these tourist centers as much as possible. That’s why I chose a hotel right here in Corralejo.

Because we had the car with us it was easy to get to the hotel. I parked on a shady street nearby. The hotel is located on a private beach with fine white sand. (Unfortunately, in the time of the reflux, the water is receding quite a lot, leaving aside the black volcanic cave probably brought by the Lanzarote ocean waves.) The room I received was a suite with two rooms (separate bedroom) and a balcony direct sea view. 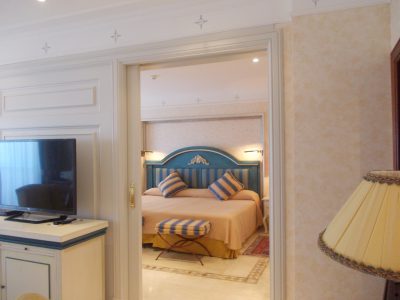 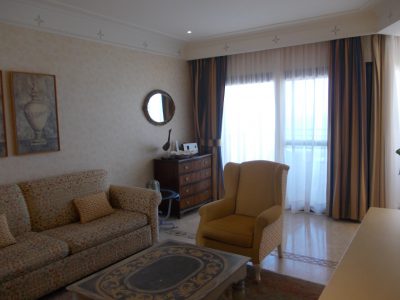 On the very comfortable bed there were only 2 perinites because on the bedside there was a “menu” of cushions from where you could choose as much as you wanted. I called the front desk and ordered the whole menu, just such curiosity. 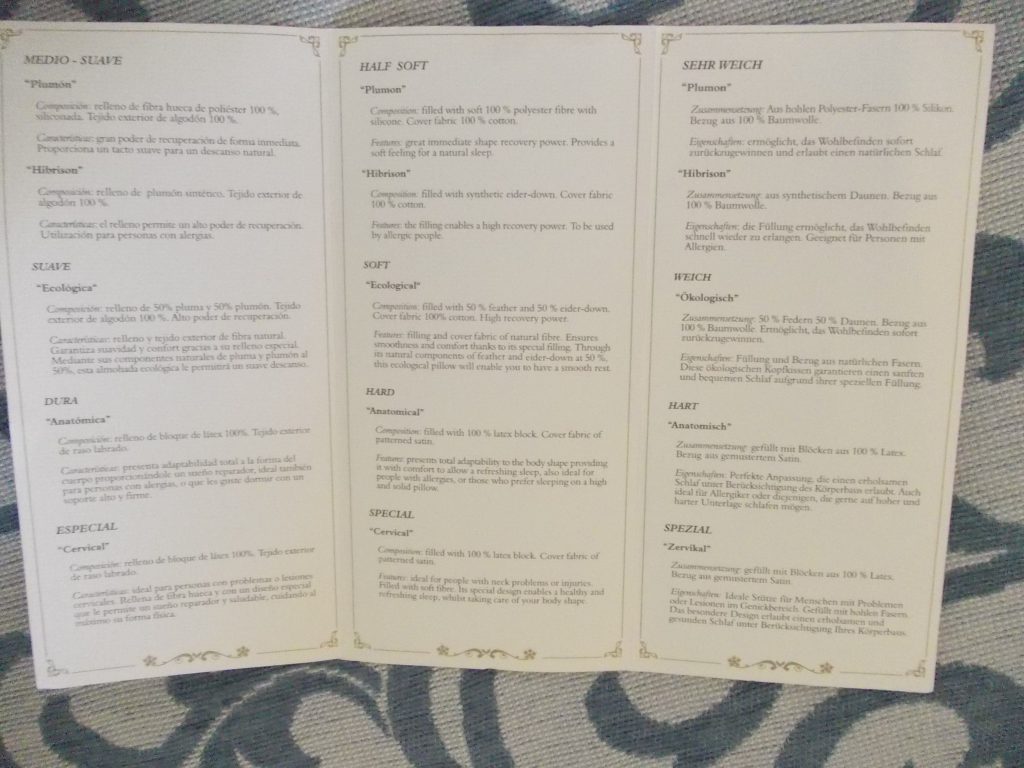 The hotel is built in such a way that seen from the top it has the shape of an 8 with two inner courtyards, in one there are the swimming pools and in one the main restaurant in a garden full of greenery and flowers.

And although the water was warm and the sun had managed to shine through the few clouds, the wind made you smile when you got wet out of the water. So I dressed the bathrobes and dumped in the hotel’s covered pool. Wonderful! 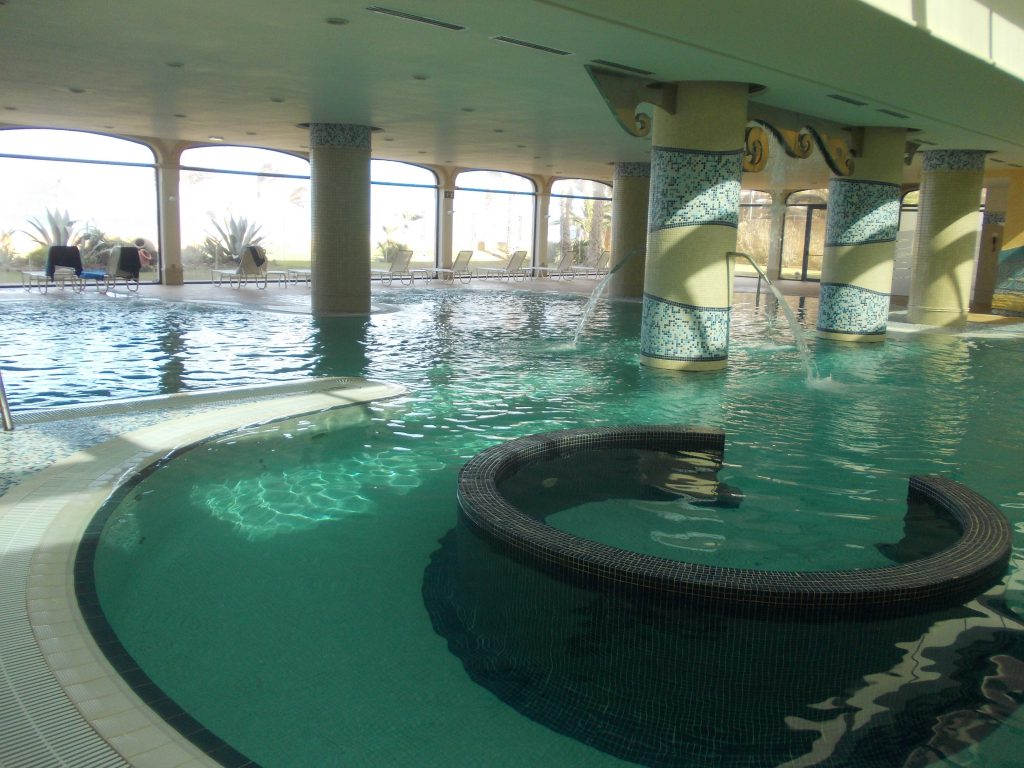 A whirlpool, some water cascades and light games and romantic music and just two of us … we stuck in until we were hungry. The hotel’s restaurant offers absolutely everything you want from seafood to karein specialties such as barbecued boiled potatoes in salted sea water with mojo sauce. The strange name made us smile again (Spanish offers some “strangers” if you read the words on Romanian)

Having half board included we filled our belly from the buffet because the food was excellent!

I rarely met a wide variety of buffets. 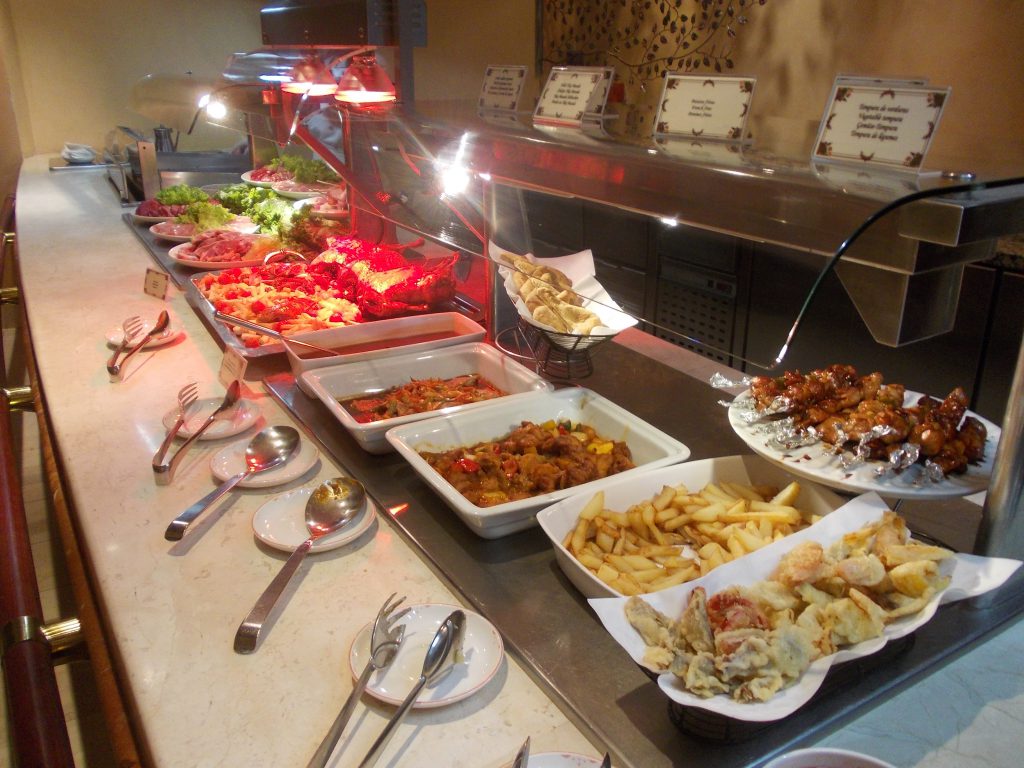 The island does not have so many places to visit compared to Lanzarote that’s why we enjoyed our perfect choice and spent the first time all day in the hotel … ha, ha, I cheated you so easily? Did you really believe me? Maybe when I get to dine in the 7-star hotel in Dubai I’ll stay in it! That’s because of the advanced age ?

But now without a joke, Fuerteventura Island has some pretty places like Betancuria and Puerto del Rosario and the giant statues of Morro Velosa 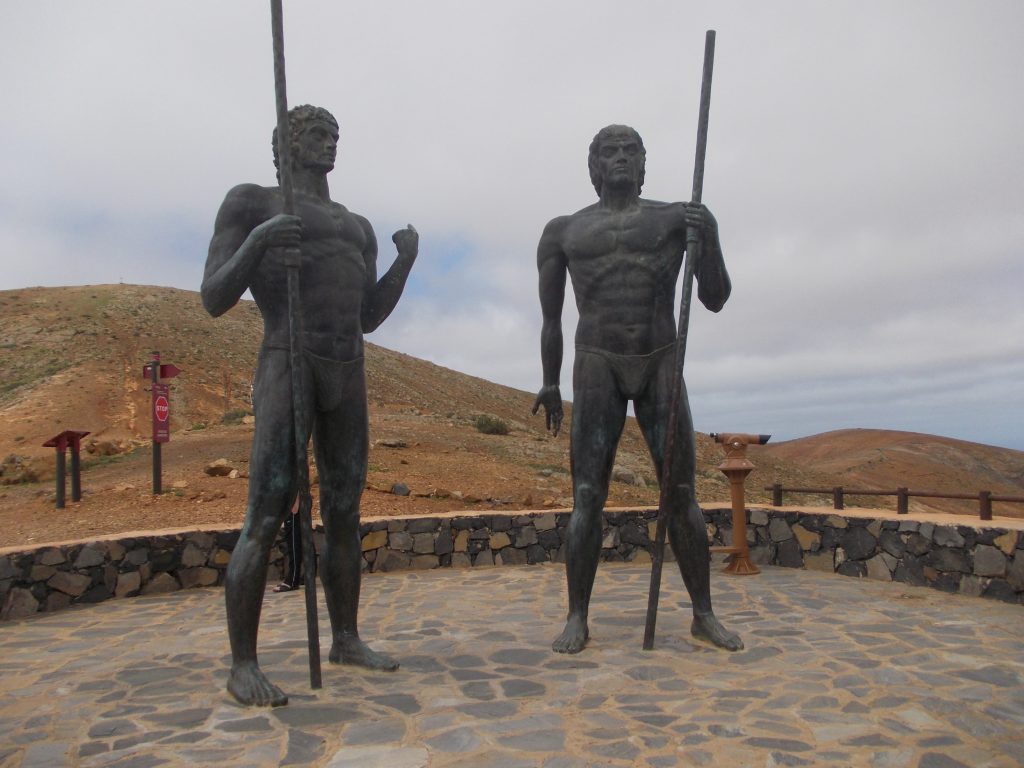 it’s worth a visit, but it can not compare to Lanzarote or Tenerife (but they do not have so beautiful beaches).

The only thing you should not ignore – if you want to make holidays here is the reason why it was named so … It’s really the island of strong winds … just a few yards away from our hotel dozens of kitesurfers competed in acrobatics in a show unique in the world … but that may be one of the reasons to visit this island. 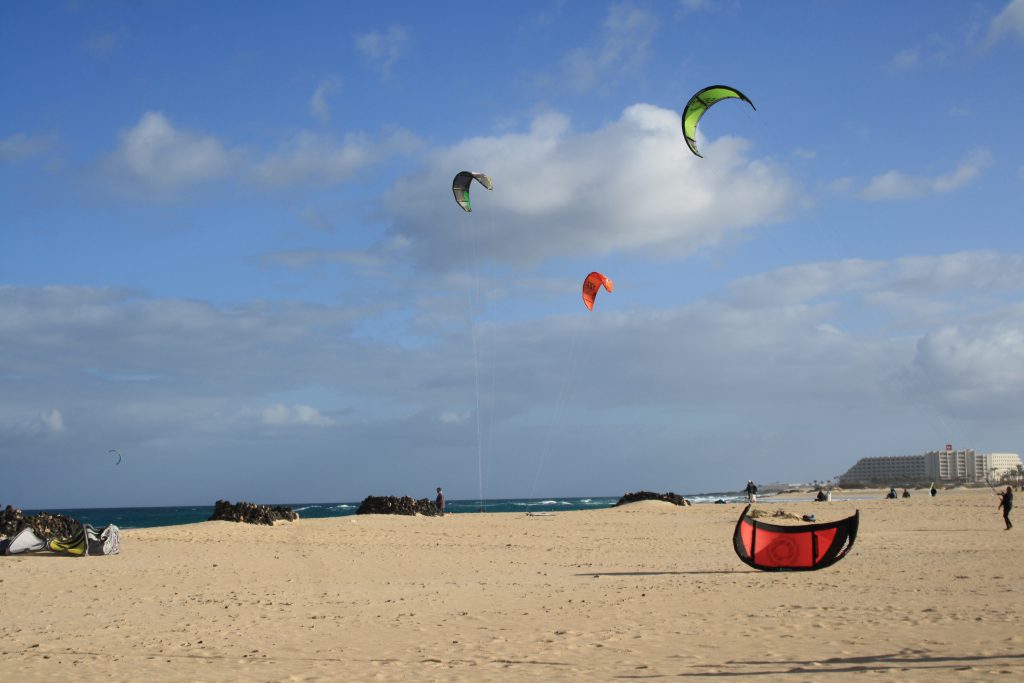