This question I asked myself when we decided to visit the thermal baths in the Czech Republic and we only had 3 nights. Where to stay longer? In Mariánské Lázně (in Marienbad in Germany) or in Karlovy Vary (German Karlsbad – Baile lui Karl). The two localities are only 50 km away from each other. Which of these two cities is more beautiful or more interesting? Anyway, we would divide the nights into two and one – and although the difference was not too great – we made the decision very hard.

I decided lately in favor of Karl just because the hotel chosen was cheaper and so we took 2 nights to allow us an exceptional hotel – actually a castle in Baile Felix.

The joy of choking in a castle was so great – and so to keep costs as low as possible – we had to accept 2 nights in Karl’s Baths.

Now I know the choice was perfect … but not as I thought because we chose to dance in a castle but because Karl’s Baths have totally fascinated us. No place in Europe has ever felt such a fancy smell!And how could it be different. Karlovy Vary is one of the most famous and most traditional spa resorts in the world. 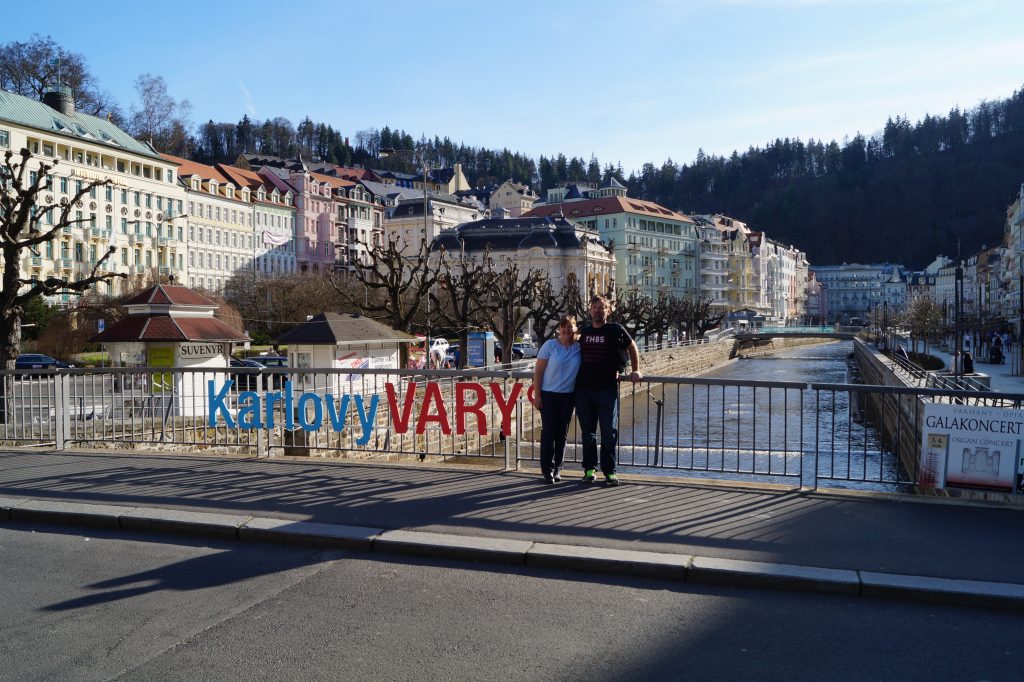 The healing effect of the thermal springs was already known in the 14th century.

The waters have been used in the beginning for baths and since the 16th century and as drinking drinks. In 1522, the first treaty on healing powers of thermal water springs was published. And indeed, walking along the banks of the River Heat surrounded by historic buildings and colonnades, you are expecting to meet Goethe, Bethoveen and Chopin every step of the way that have spent many cousins ​​here.

Karlovy Vary has twelve spikes. The most famous and strongest, hot 72 ° C is located in white colonnades and is called Vridlo. Here we also bought a typical cup with a long, thin neck, where you can only drink small swallows so you do not get mad. 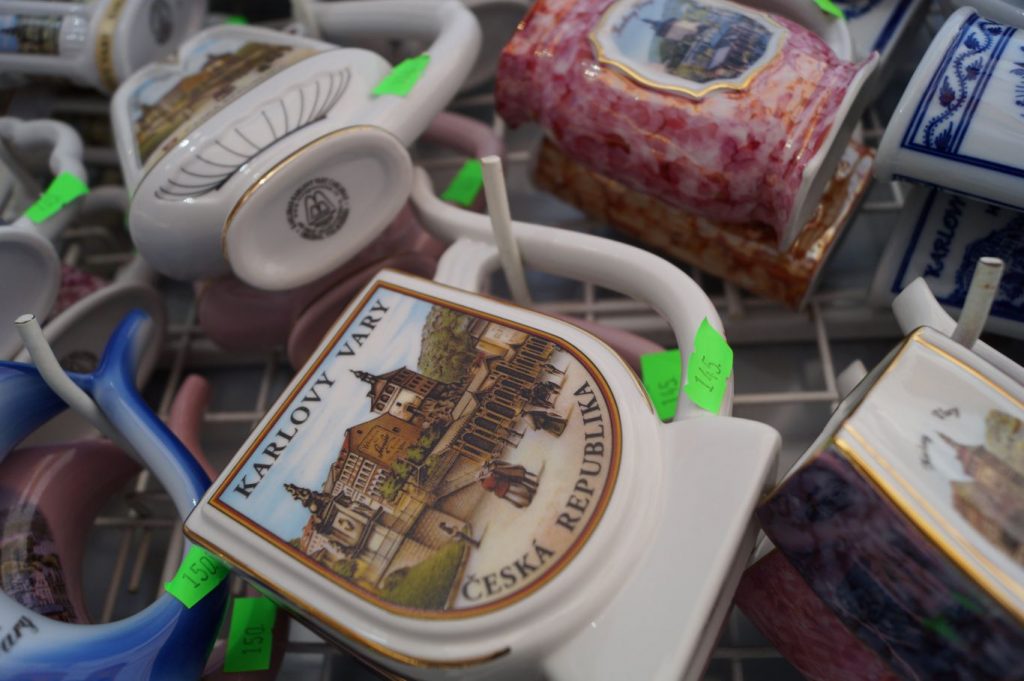 We were astonished to read on the bronze plumes how diverse mineral water springs in Karlsbad can be used: digestive disorders, metabolic disorders, diabetes, gout, obesity, periodontal diseases, musculoskeletal disorders, liver, gallbladder, pancreatic disease and chair and cancer … luck as we are healthy …

However, the city does not give you a sense of a sanatorium, but it has a distinct aura that makes you feel good and happy. The Iris Hotel, which I highly recommend, is located near the colonnade and only a few steps away from the Russian Orthodox Church with its golden domes. A jewel hidden among dozens of villas and gardens. The hotel has an indoor pool and a small spa with sauna, steam bath and jacuzzi. It’s perfect for a weekend or chair and several days. 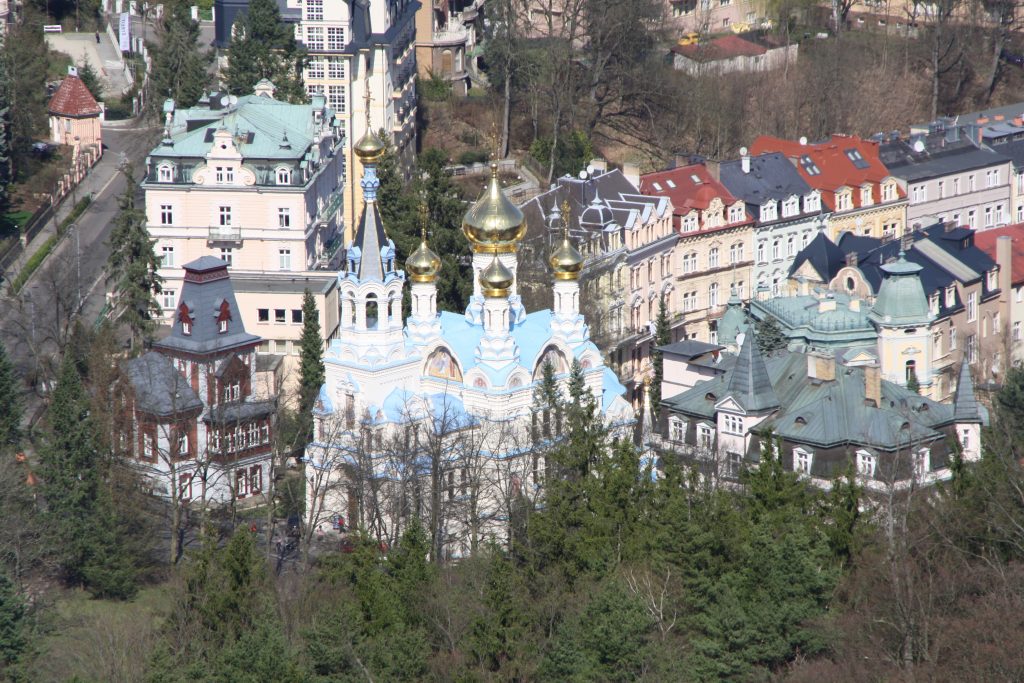 The city of Karlovy Vary can be seen in all its beauty best climbing up the funicular at the Diana tower.

After spending the 2 nights in Karl’s wonderful city, we expect to find Mary as impressive and charming. Unfortunately, Monty Castle was located very far from the small center of the city so that in the evening when I arrived I could not even get down to the center. 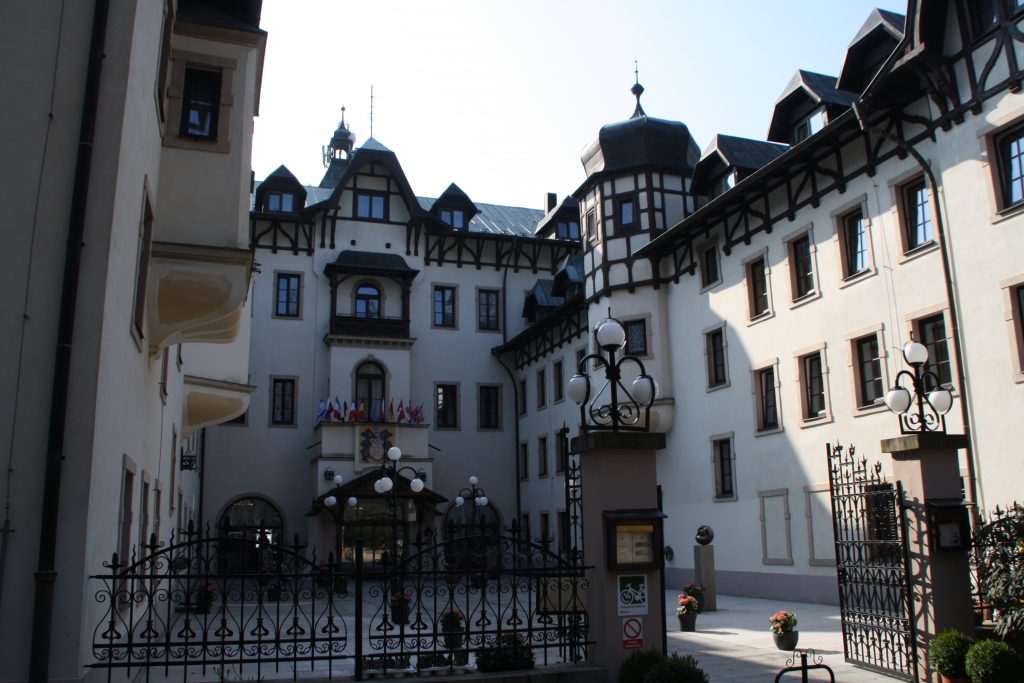 But we took a hearty meal at one of the nearby restaurants (Czech food is very tasty and cheap). The very small and antique room (so authentic furnished) we did not like. The whole atmosphere in Mary’s little town is exactly the opposite of Karl’s. 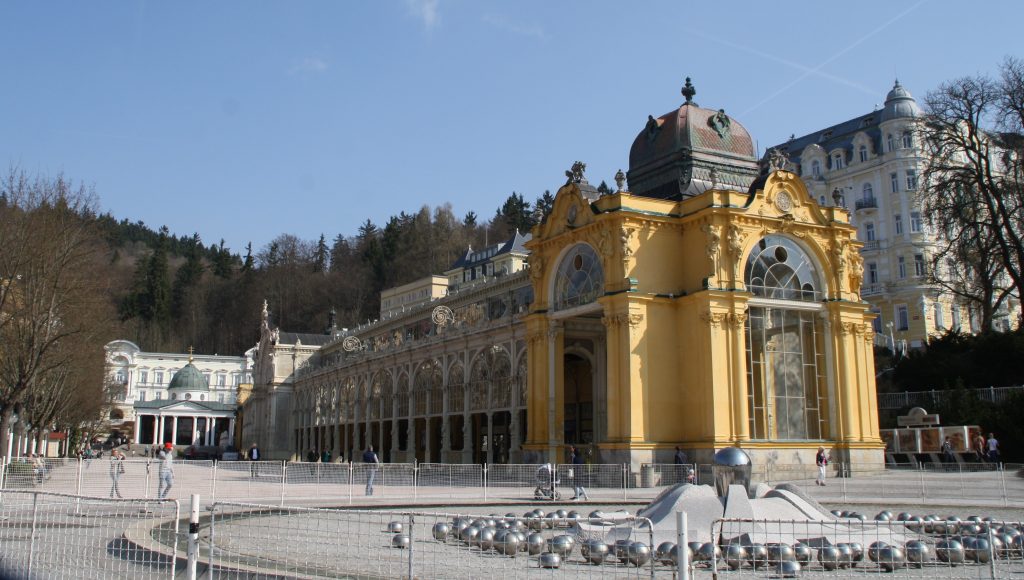 And even the singing fountains could not hear (the season had not yet begun).

Conclusion: While Karl Baths felt like a luxurious spa with sauna, steam bath and jacuzzi, the Baths of Mary are a tidal water bath.